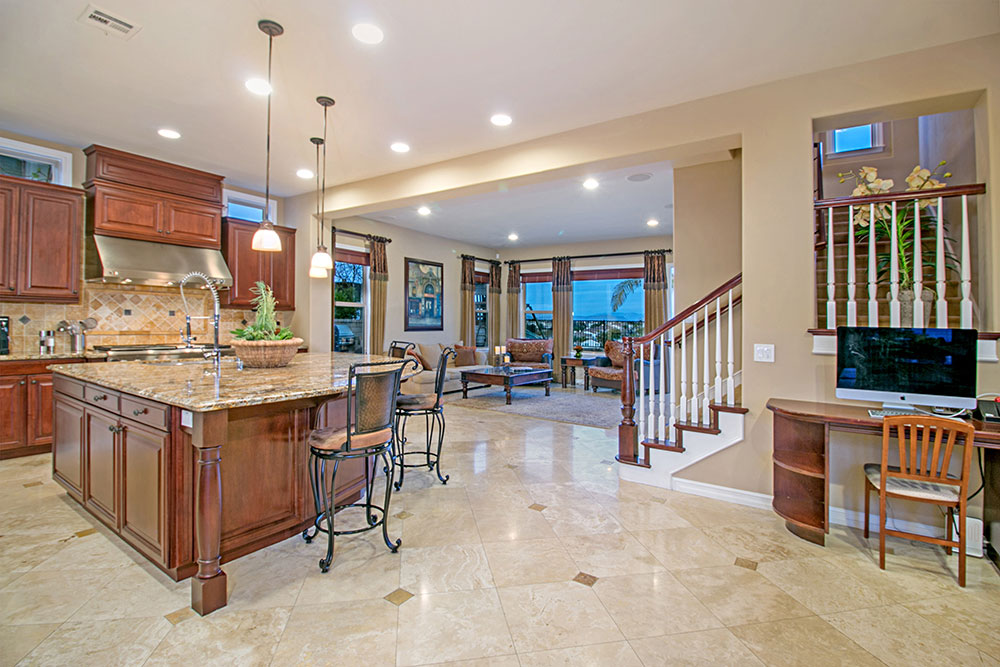 With his project Merge, developer Gary Levitt said he is trying to bring a great destination spot to the Carmel Country Highlands neighborhood atop the hill on the corner of Carmel Country Road and Carmel Mountain Road.

New renderings shown at the Carmel Valley Community Planning Board’s regional issues subcommittee meeting on Dec. 4 show wide sidewalks with bustling activity outside restaurants and storefronts on the bottom floor, topped by creative office spaces on the second floor with lots of windows.

In Levitt’s dreams, the corner center would be filled with a row of “wonderful” restaurants — an upscale dining spot, a family-oriented place and a café with great coffee.

“We want to build a place that will attract great restaurants, that’s our primary goal,” Levitt said at the meeting where plans were given recommended approval and will move on to the Carmel Valley Community Planning Board (CVCPB) for a recommendation in January.

“We feel that we made the changes that the neighbors have requested of us and created something we can be proud of,” Levitt said.

After a year facing resistance from neighbors, including a circulated petition trying to stop the project, Levitt announced his revised plans for Merge in September. On Dec. 4, the subcommittee was getting its first look at detailed renderings.

The previous design featured 10 townhomes and 21 residential for-sale flats over 35,000 square feet of retail and commercial space. The project also had a central green area where all of the different uses could “merge,” and featured 241 parking spaces in a surface lot and an underground garage.

The opposition said that they did not like the proposal’s density, its potential traffic impacts and the modern architecture.

The re-imagined Merge has 22 townhomes and 31,000 square feet of retail on the ground floor with office space above. There will be no residential over retail, no central green space and the project will have 150 parking spaces — 30 percent will be underground and tagged for office use.

Each townhouse has its own private garage and garden space and is set back an average of 26 feet from the curb, and the architecture has been softened from its more modern look to match the surrounding neighborhood.

Access to the project is not allowed off Carmel Mountain Road or Carmel Country Road so the center’s entrances are on Dry Cliff Trail and Corum Court.

The majority of the committee and residents in attendance at the meeting responded favorably to the project, although CVCPB Chair Frisco White voted against the project, saying that he believed the project could be better.

“If I were seeing it for the first time I’d think it was a nice project, but I’m very disappointed that the original project couldn’t be worked out,” White said.

Levitt said he was disappointed too, that he heard from a number of supporters of the original design but they weren’t nearly as vocal as the opposition.  In the end, Levitt said, he is not a big corporation and he has to listen to the community to get the project built.

Levitt said the city process and the market will drive the construction start date but, once begun, it would take about 12 to 18 months to complete.